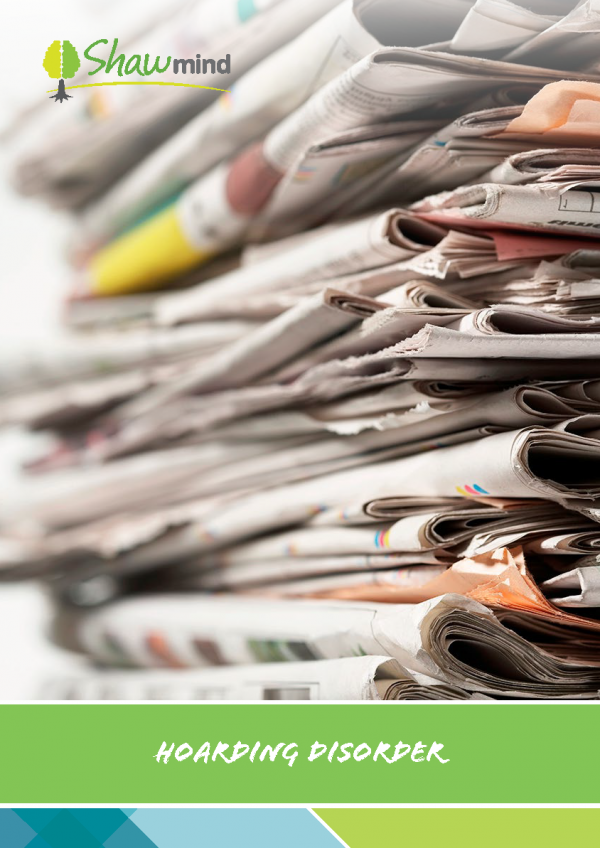 Hoarding Disorder is a relatively new diagnosis in its own right, having only been recognised as a standalone disorder in the Diagnostic and Statistical Manual V which was released in 2013. Due to this there is unfortunately a limited amount of information on the condition and how many people it affects. However, hoarding is not a new behaviour and was instead previously thought to only occur as a symptom of other conditions. These conditions include Schizophrenia, Dementia and Depression, as well as physical conditions that limit one’s ability to throw things away. However, the primary condition in which those with hoarding behaviours were thought to fit was Obsessive Compulsive Disorder (OCD). Whilst there are clear situations when hoarding is an OCD symptom, there is also a growing body of research and literature that highlight that not everyone with hoarding behaviours has OCD, which has led to the new disorder classification developing.

Throughout this brochure we will use the term hoarding to refer to Hoarding Disorder, as well as other instances of hoarding. Where we are using research that was based on old definitions of hoarding we shall highlight this to the reader. We hope this brief brochure will be of use to sufferers of hoarding, as well as their families and those who want to learn more. We will touch on what hoarding entails, as well as discussing the causes of hoarding, how common a condition hoarding is, and how hoarding is treated.

To find out more, download our Hoarding Disorder guide:

Your ticket for the: Hoarding Disorder